Islands of the Hollow Earth 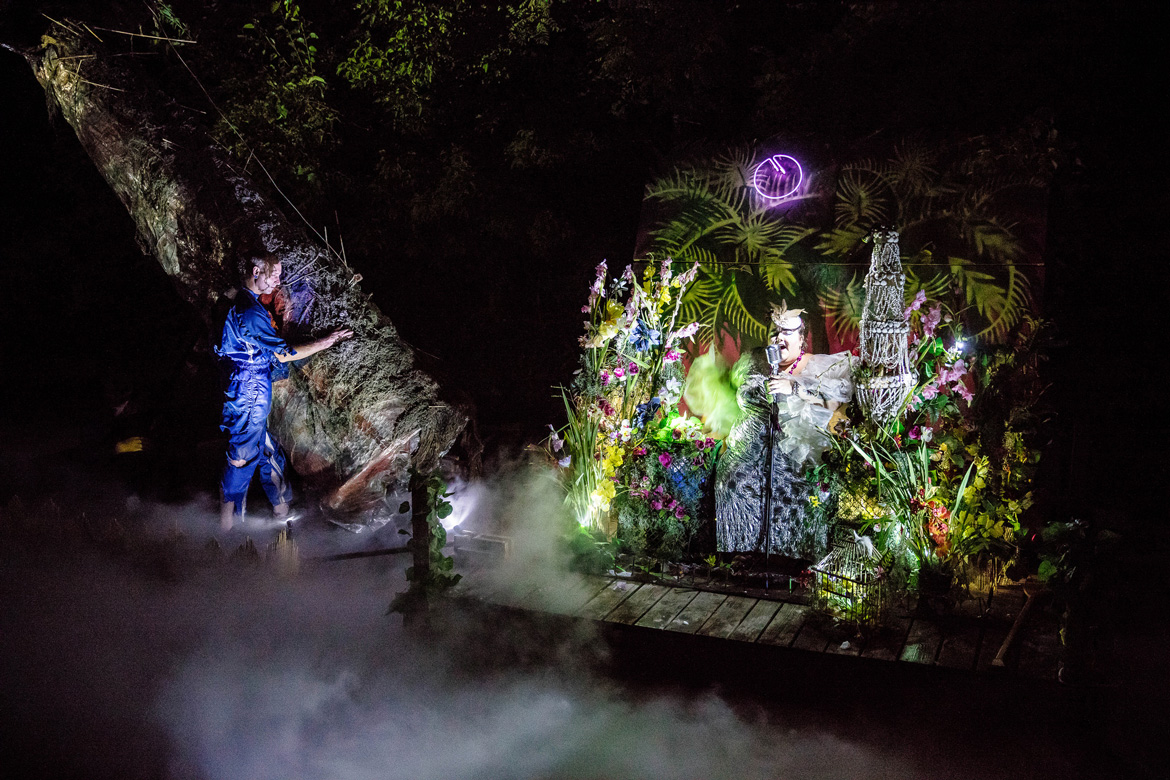 If you recently saw a strange, glowing apparition along the Detroit waterfront, chances are you encountered a phantom island. Probably a phantom island conjured by the Seafoam Palace.

Blending local history with a dose of intraterrestrial fantasy, our event Islands of the Hollow Earth floated up an eastside canal as part of the Totems Arts Festival on August 5th 2016.

As we’re about to launch our online exhibit on the sights and sounds of phantom islands, we’ve been immersing ourselves in this curious phenomenon. For centuries, numerous mysterious islands have been sighted and charted by seafarers on exploratory voyages around the world – only to reveal themselves as never having existed at all. Phantom islands are mirages, navigational errors, shapes made of fog or physical bodies like icebergs which later disappeared. A fascinating topic, and one we can’t wait to present to you further next month.

For this event, we took a deep plunge into the realm of the weird and wonderful. We set out to interpret strange sightings in the waters near Harbor Island, which have been haunting the area for decades. 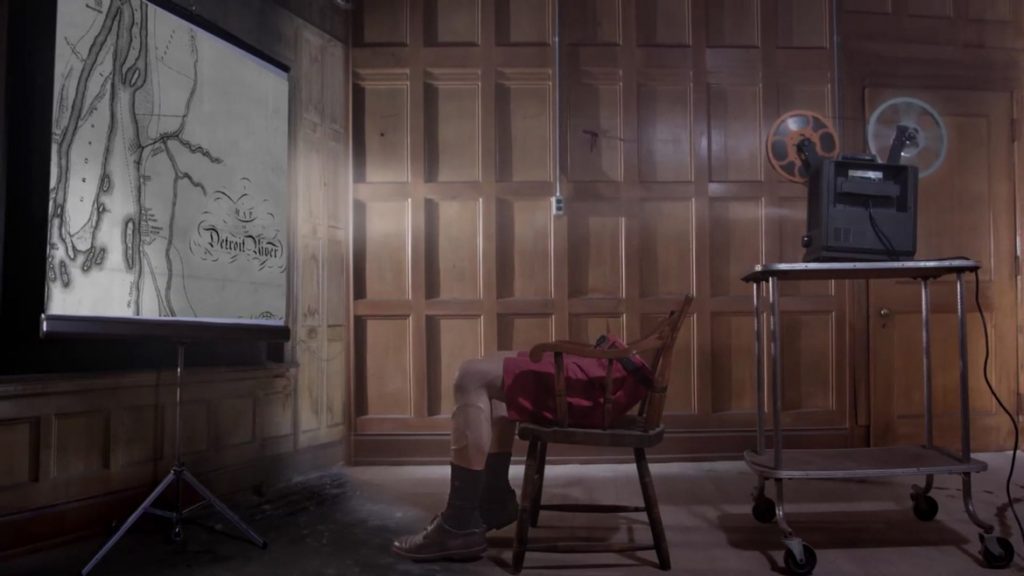 Still from video, by Bryan Papciak 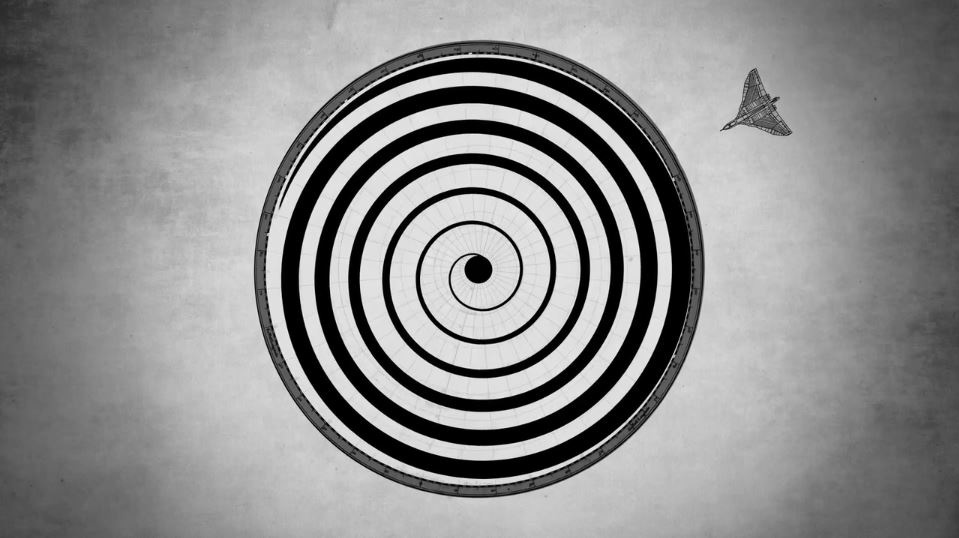 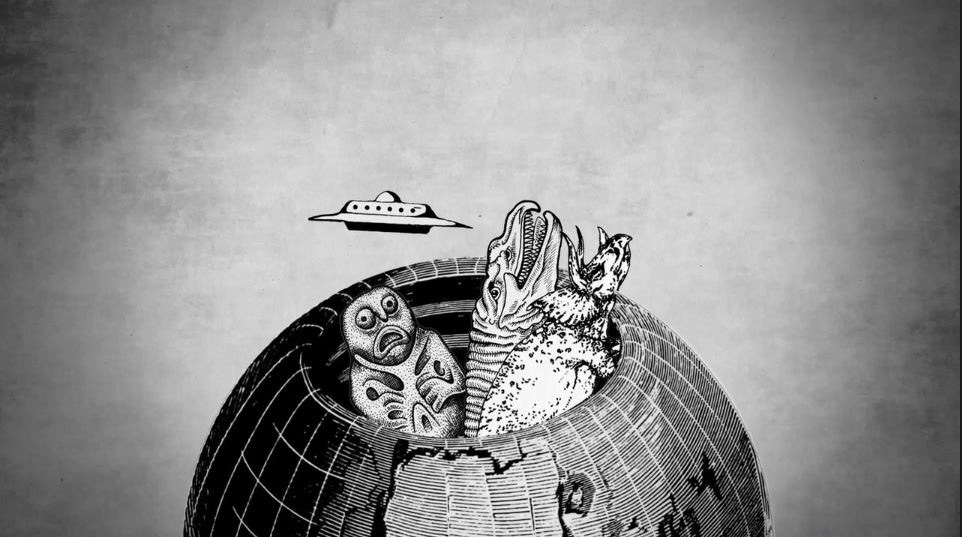 Stills from video, by Bryan Papciak

On that Friday night, we invited a fringe cult group – the Sisters of the Shadow Isles – who practice sympathetic magic and conjure phantom islands. Another group also showed up, the Order of the Wounded Crust, which cared less about the island and more about catching a ride to the hollow earth. When our fantastical phantom island appeared — fully equipped with remnants of the fuselage, a singing hollow earth goddess, a pilot gone native in the earth’s core, and luminescent underwater creatures happy to escape from the inner earth and mingle with humans — members of the Wounded Crust jumped aboard. They made it just in time before the waters swallowed the island again without a trace.

Will they return? Might there be more magical appearances of this fantastic isle? We can’t tell for sure, but do hope that you’ll check back in with us when we launch our online exhibit next month.

Credits and further info after the photos! 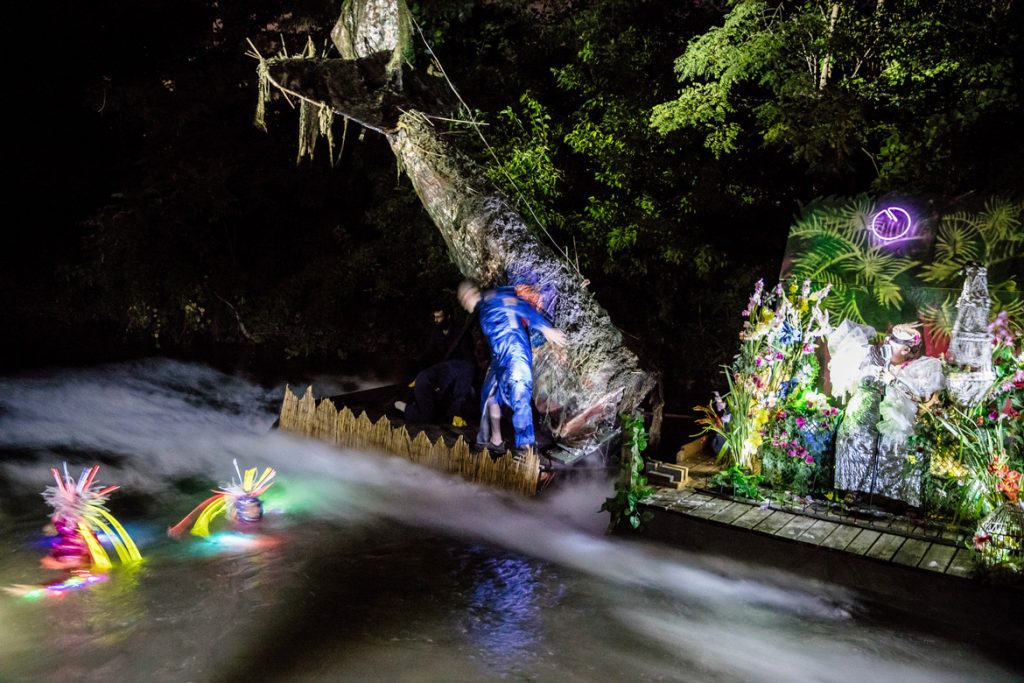 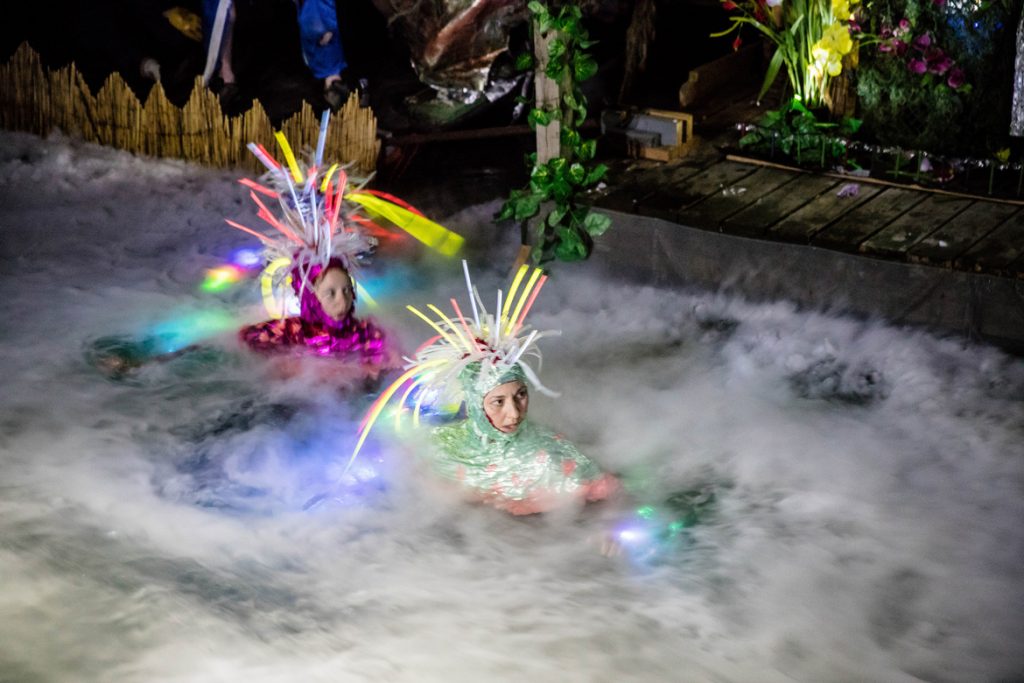 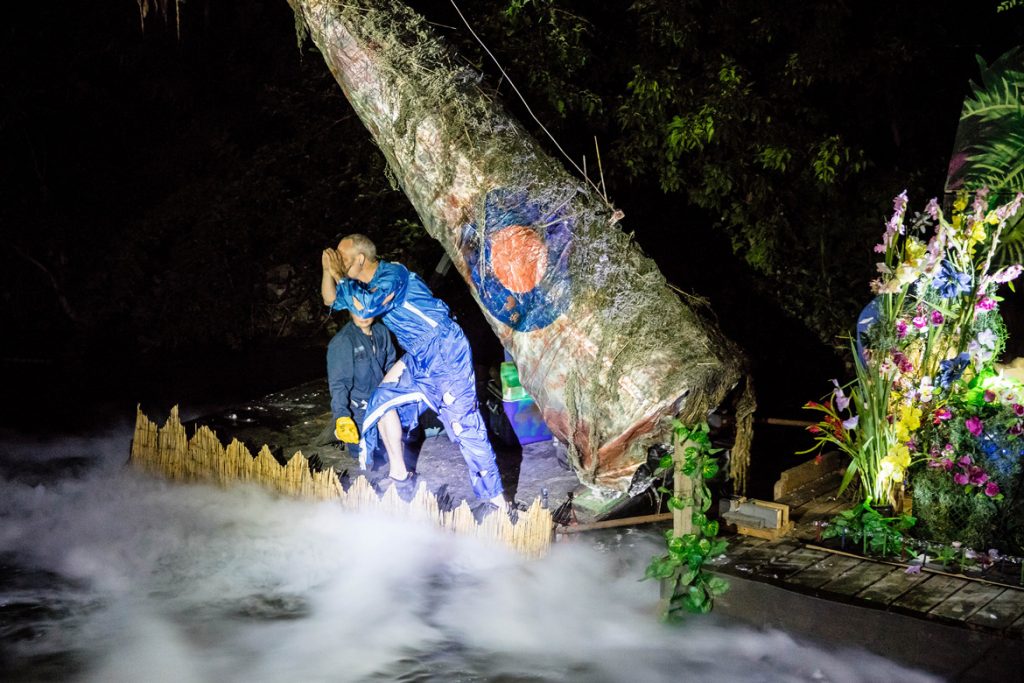 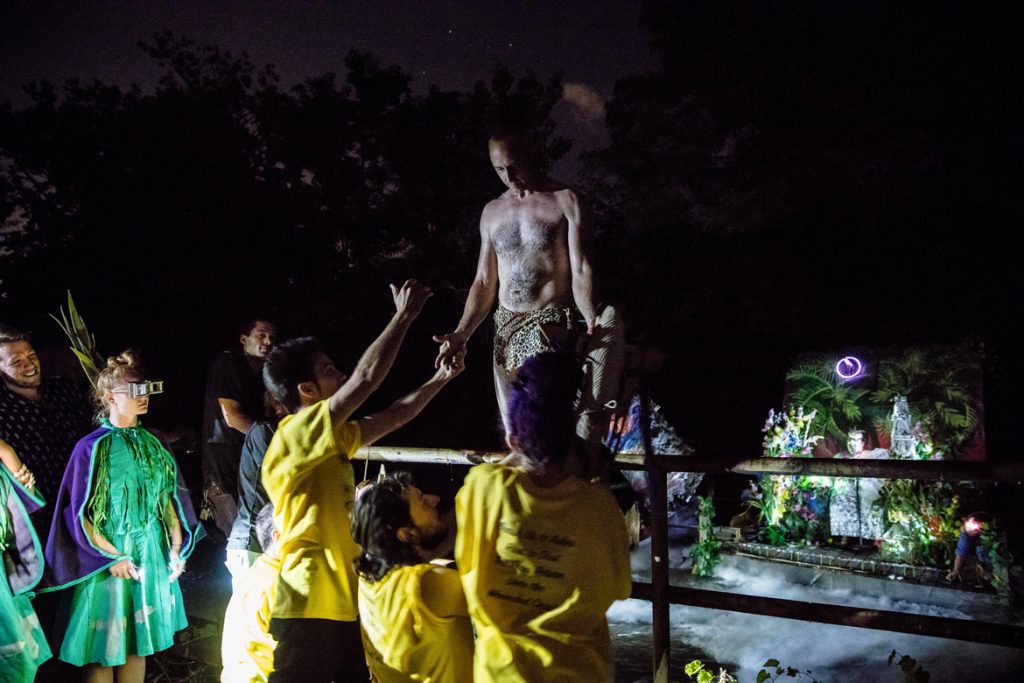 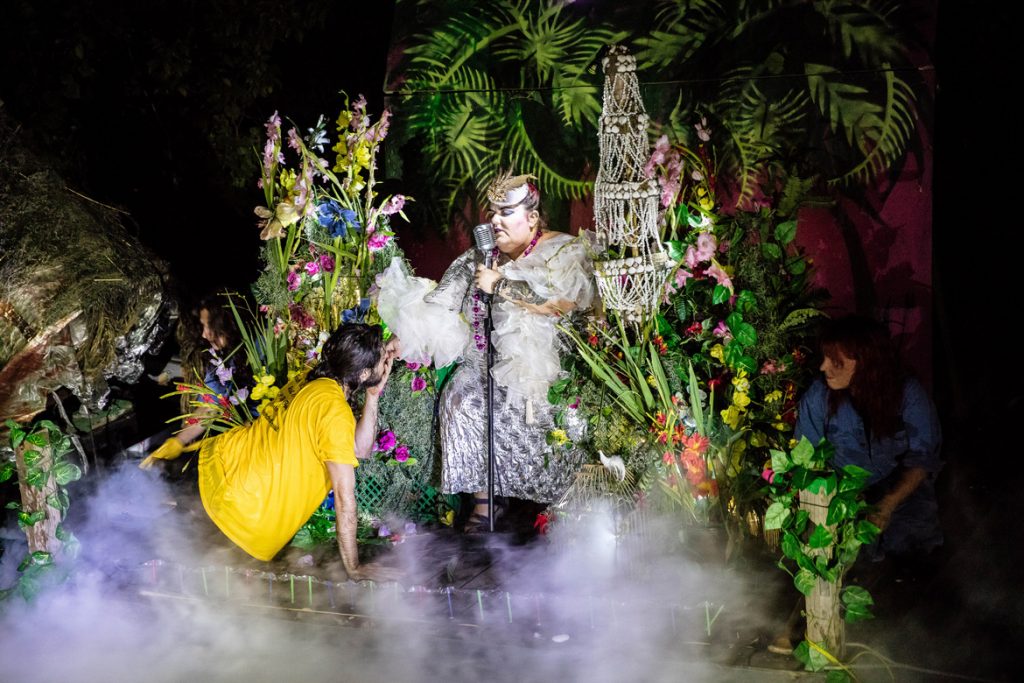 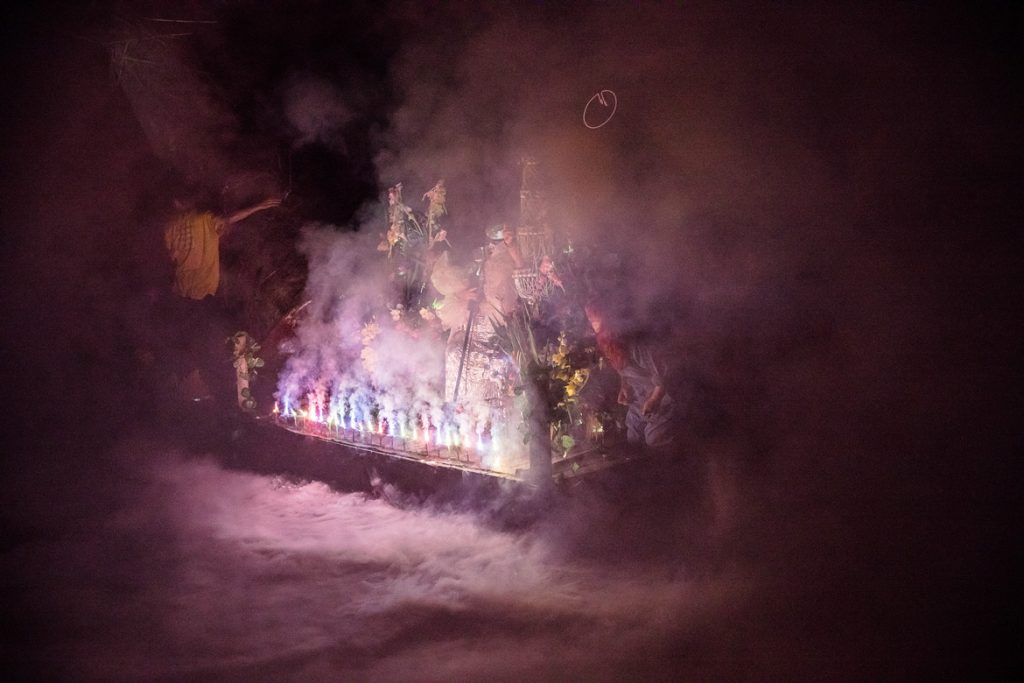 Thanks to Jaime Lutzo at the Totems Arts Festival! For more information about the festival, click here.