Seafoam Palace is an arts organization that celebrates the otherworldly and absurd. Our aim is to engage the imagination with unconventional artworks, workshops, events, and poetic interpretations of scientific and anthropological phenomena and artifacts.

Seafoam Palace was started by a group of artists who have previously worked on projects in cities such as Detroit, New York, Jersey City, Buffalo, Kansas City, Barcelona and Berlin. Most of us are based in Detroit, working with the local community and artists from all over the world to engage in future events. We all look forward to meeting you!

Julia previously founded the creative preservation group Ars Subterranea in Brooklyn and served as an editor of Furnace Press and board member of the two arts organizations Madagascar Institute and Place in History in New York. A writer and photographer, she has authored several books; her work has been profiled in Smithsonian Magazine, the New York Times, National Geographic Adventure, Village Voice, Outside Magazine and many other national and international publications. She has curated art exhibitions and organized immersive events in abandoned spaces since 1998 and received a fellowship from the New York Foundation for the Arts for documenting her explorations.

Tom is an accomplished photographer and designer who also engineers found underwater artifacts into shipwreck curiosities. As a photographer, he specializes in exterior night-time photography and the documentation of historic and lost institutional architecture in both text and images on his website Opacity. His work has been featured on PBS's American Experience, in Digital Photographer Magazine and other publications. Tom is the web developer for Seafoam Palace also has eleven years of experience working as the lead developer at a multimedia agency based in New York. He holds a Bachelor of Arts degree cum laude from Long Island University and has lived in Detroit since 2008.

Bryan is an experimental filmmaker and mixed-media artist whose work combines animation with live-action film and still photography. He began his professional career at Olive Jar Studios, where he worked as a commercial director, animator, cinematographer, and eventually Associate Creative Director. In 2001, along with his friend and long-time collaborator Jeff Sias, Bryan started Handcranked Productions, an independent film/animation company. His work has won awards and screened at film festivals worldwide, including Sundance, Ottawa International Animation Festival, The World Animation Celebration, Dragon*Con, and others. Since 2002, Bryan has been an Adjunct Professor at RISD and a Directing Member of Ars Subterranea in New York. He is also the creator of our Kickstarter video.

Kim has a BFA in sculpture and has worked for numerous artists, art organizations, and non-profits both professionally and as a volunteer, coordinating special events as well as managing day-to-day operations and logistics. She also has over 10 years experience in corporate events and trade shows and is known for her creative problem-solving and aesthetic abilities. She coordinates workshops and wrangles development and preservation materials for Seafoam Palace.

Christos graduated from the University of Rochester with a degree in film and photography, with an extensive focus on underground and industrial sites. His images are in the collection of the Museum of the City of New York and have been featured on the covers of The New York Times, The Daily News, and Bloomberg Business News.

With her creative skills in costuming and sculpture, Tracy has been a long-time contributor to various arts organizations in New York and Detroit.

In addition to Julia Solis, Tom Kirsch and Kim Couchot, above, our Board includes:

Susan started as a volunteer with Seafoam Palace in 2013 – offering her grant-writing and business development, and partnerships skills to our team. Through the Detroit Revitalization Fellowship program and while at Reclaim Detroit, Susan worked to preserve architectural elements and old growth wood from Detroit’s abandoned buildings for creative re-use. She is currently a Program Officer with the Ralph C. Wilson Jr. Foundation. Curious about the world around her, Susan has traveled to 42 countries and lived in 7. She also likes visionary art, letterpress, and wine.

Shel is Head of Design Thinking for Ford Motor Company where she helps lead innovation and culture transformation efforts. She will be speaking for a second year at SXSW, this time on the relationship between Afro-Futurism, Human Centered Design, and Social Equity with co-conspirator Ingrid LaFleur. She also speaks regularly on topics such as urban resilience and community-led design. She has experience in entrepreneurship and the creation of non-profits, specifically how they can work together for greater good.

Paul is the Executive Director of Spaceworks, a nonprofit created by the New York City Department of Cultural Affairs to develop long-term, affordable work space for visual and performing artists in all five boroughs of NYC. Between 1999 and 2012, Paul served as the Director of Planning and Development at the Greenpoint Manufacturing and Design Center, a nonprofit that has redeveloped more than 700,000 square feet of space for industrial, artisanal and arts-related businesses. For six years prior to that Paul worked as a housing developer for Common Ground Community, a supportive housing provider. In 1997 Paul co-founded Place in History, a Brooklyn-based nonprofit arts organization that sponsors public art and public history projects about New York City neighborhoods, and in 2004 he co-founded Furnace Press with Julia Solis and Ars Subterranea. Paul holds a BA from Brown University and a Master's Degree in Urban Planning from Columbia University.

John Law is the co-author of the book Tales of the San Francisco Cacophony Society and has been a seminal force in the arts and underground culture of the West Coast for decades. More at johnwlaw.com.

Alessandro is an arts and culture researcher who splits his time between Detroit and Rome. "I feel at home here. Detroit is just like Rome."

Eric is a multi-disciplinary artist, musician, programmer and electrical, robotic and medical device engineer. He is known for his interactive art and technology works, electronic and robotic musical instruments, fire art and guerilla art.

Ryan is a functional artist and was one of the lead fabricators on Gon Kirin. In recent years he has specialized in architectural installations around Detroit.

Internationally recognized artist Monica Canilao uses recycled materials to transform forgotten objects into newborn mythology. She has shown solo and with groups in galleries, community spaces and abandoned spaces worldwide. Her work can be seen here and on Instragram.

Stefany Anne Golberg is a multimedia artist, composer, writer, and founder of The Huckleberry Explorer’s Club. Stefany’s films – part of the ongoing series ‘The Wonderful World of Stefany Anne Golberg’ – have been screened in the US, Canada, and Burma. She is co-founder of the New York City arts collective Flux Factory and has created large-scale installations, compositions, and films. 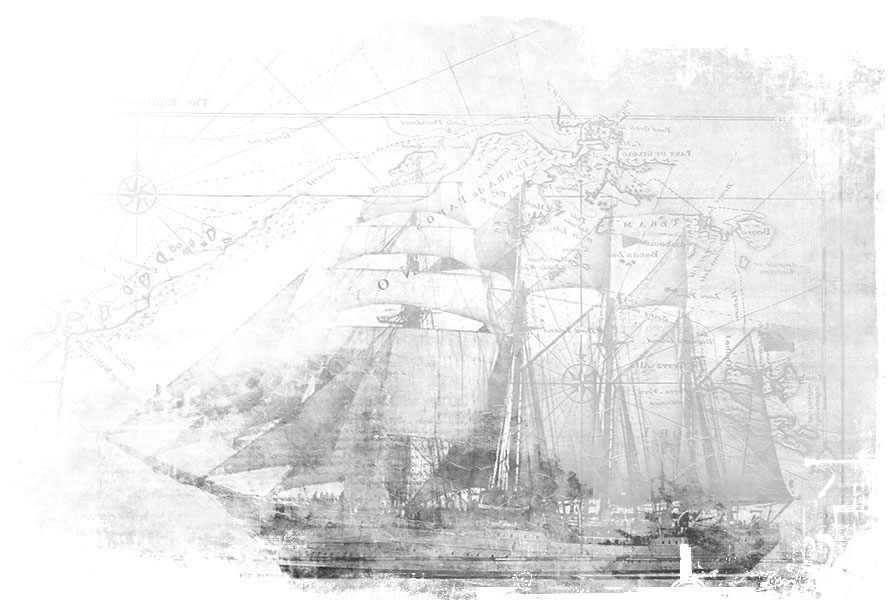 We thank the following organizations for funding or commissioning individual projects: